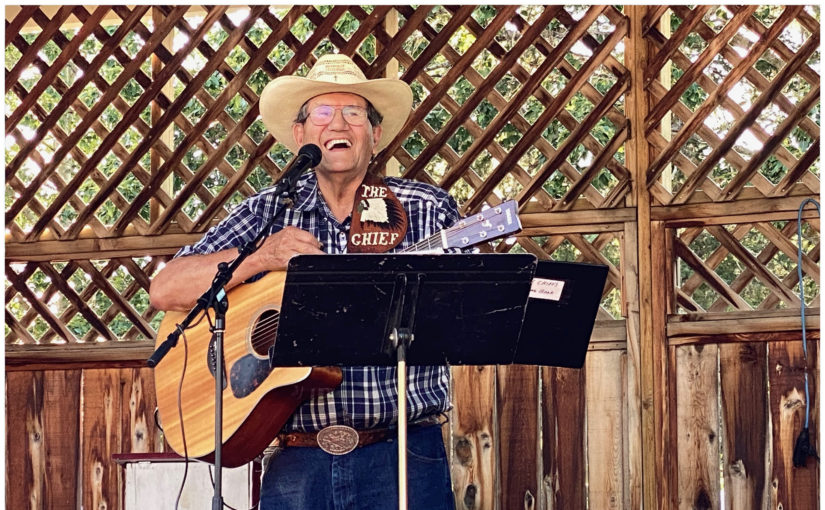 Marie Sveinson introduced Frank Durocher, from Rocky Mountain House, at the start of his set and then teased that she didn’t need to say much since he wouldn’t be too shy about telling us about himself. Then he took over the microphone and enthusiastically shared stories, jokes and wonderful songs for the next hour-and-a-half!

Frank opened with “Y’all Come”, “You and Your Sweet Love”, “Mansion Over the Hilltop”, “Kaw-Liga” and “Mansion on the Hill” … songs made popular by Porter Wagnoner, Conway Twitty, George Jones, Hank Williams and Charlie Pride.

After a couple more favourites, Frank had the ladies stand and sing a verse from “Jesus Loves Me” and then had the men stand and do likewise. The impromptu “contest” resulted in a tie, although Frank mentioned that the men seemed a little shy to start with! After some persuading from the audience, Frank continued with a Buck Owens classic, “Act Naturally.”

Following are some photos and video from the July 28th Supper and Song evening with Frank Durocher. Visit the Historic Markerville Facebook page to see the original post with more photos.