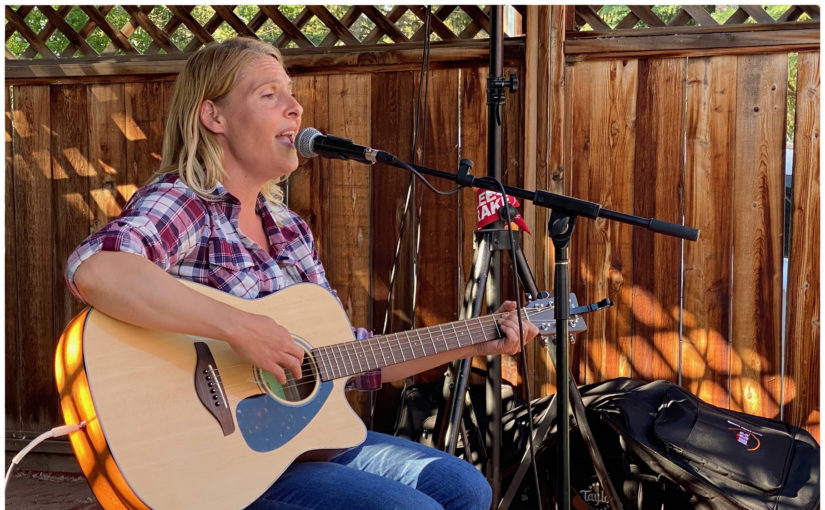 Roberta recently appeared at the July 14, 2022 Supper and Song event in Markerville, Alberta for another splendid evening of wonderful songs. [View the post on the Historic Markerville Facebook page] Following are some photos and video of the evening.

I love her artist bio I found on the ReverbNation site:
Bobby-Lynn was born and raised on a farm in rural Alberta. First sitting at a piano at the age of six, she began life steeped in the appreciation of music. She spent 11 years completing Royal Conservatory. But it was nearly twenty years later when a guitar made her passion come alive. Today she writes songs delivered in raspy tones made to touch the heart, strummed to a gentle acoustic guitar. Having been compared to sounding like Stevie Nicks and Tracy Chapman, she mixes it with a soft acoustic sound.